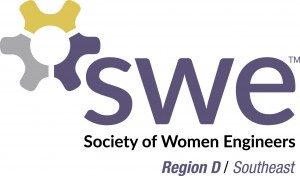 This February through April, 2016, SWE-CM in partnership with the National Society of Black Engineers (NSBE) and American Society of Civil Engineers will host an “Engineers Are Epic!” apprenticeship in connection with Citizen Schools. Sixth and Seventh graders at Martin Luther King Middle School, Charlotte, NC will have an opportunity to experience hands on problem solving over the nine week apprenticeship with activities such as
building a catapult, creating slime and building an electrical circuit. These are STEM activities (Agilent Kits). Following the apprenticeship the students present a WOW? event to the community where they teach back what they have learned. Become a Citizen Teacher!

AGENDA
– Creative farm-to-table cuisine with a global spin.
– The Distinguished Engineering Service Award to recognize an individual who best exemplifies the engineering profession through leadership and community service contributions to the community.
– The Service to SWE award, established to allow our Section President to recognize a deserving member who goes above and beyond their call of duty as a member or officer.
– Outgoing FY15 officers to be recognized
– Outstanding Committee Chairs to be recognized
– Installation of new Officers for FY16